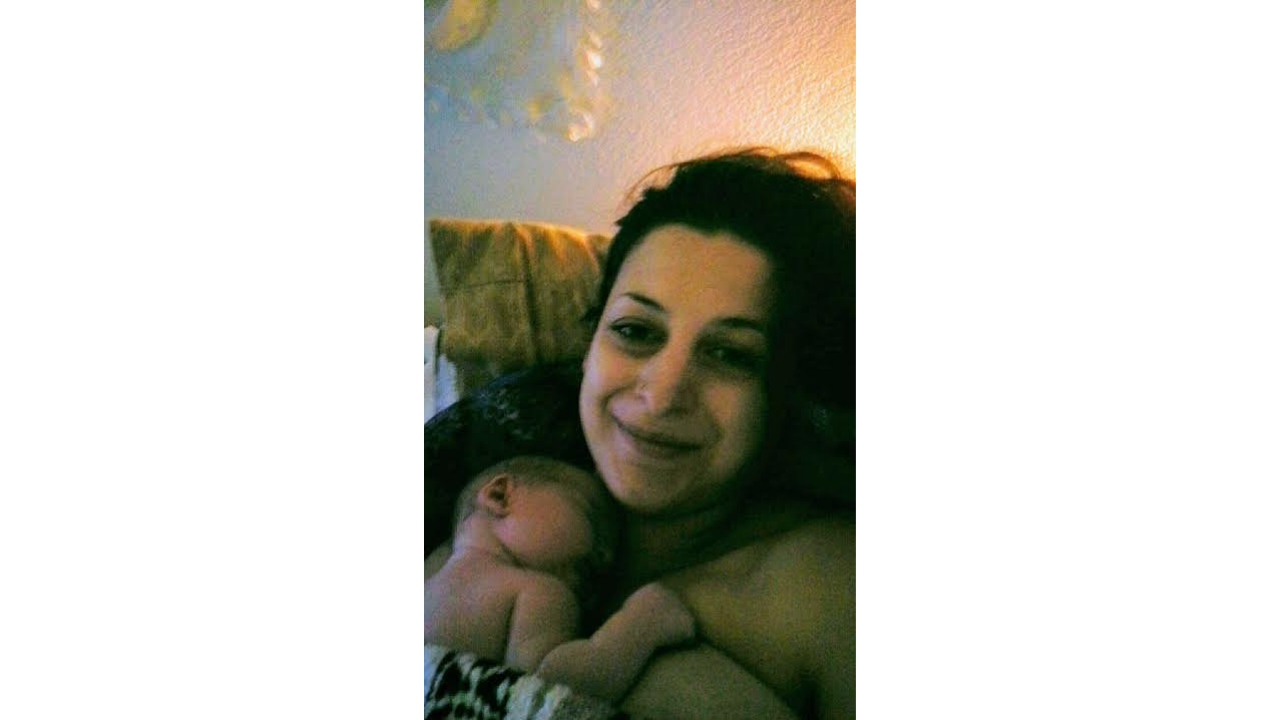 I discovered I was pregnant the day we arrived in Switzerland and I had had such a magical pregnancy. I was practicing the best self-care I had ever given myself, often wandering alone in the forest, foraging wild herbs and flowers, drinking homemade bone broth daily, meditating and singing medicine songs to my growing baby. I felt so supple and radiant. On my due date, I celebrated. I didn't care how long she decided to stay, I had already surrendered to her in all ways.

One evening, around 9 pm, while folding laundry and feeling her dreamy movements, I had a feeling I should sit down for a moment, and when I did, I felt a small gush of water drip out. "Its time!" I thought. I told my husband he should get some rest for I would need him later. I was invigorated and full of energy and suddenly I decided to do a lot of things: I started washing more laundry. I scrubbed the bath tub. I made very strong infusions of red raspberry leaf tea and nettles. I made labor aid and prepped some snacks. I did this weird "spinning babies" headstand type posture that I felt called to do. Then I took a huge puff of cannabis and decided to go to bed, telling myself "this will either help me sleep and my babe will be born in the morning or this will give me the energy I need to have her tonight!"

It was around 11pm. I laid in bed for about an hour but I was too excited to sleep. Around midnight, I felt the first rush. There wasnt any pain at first. I just felt this rhythmic surge of energy. It reminded me of being at the ocean. I could feel these waves of sensation washing over me. Each one builded upon the last, expansively. They were getting more and more intense but still not painful. I was totally in awe. I felt curiously blissful as I explored the feelings of labor. By around 2 am, they were getting close together and each was getting more sharp with discomfort. I decided to get out of bed.

I walked into my living room and opened all the windows. It was July and the air was so warm. The breeze was refreshing. The moon was nearly full and it was so enormous, it filled my whole house with light. I felt like I could reach out and touch it. Near to it was the amber glow of Mars, less than a day away from the blood moon lunar eclipse that I had been waiting for. I imagined myself harnessing all the power of these incredible forces in the sky. I asked for a blessing of protection from Grandmother Moon, as she has always been my favorite cosmic entity. The waves of energy kept crashing. I would lean over the window sill for each surge, and when it passed, I would stand tall in the moonlight, breathing in more life force.

A shower sounded nice and I was getting to the point where I needed some relief from the pain. I lit the candles I had arranged in the bathroom. As I lit each one, I said a little prayer, asking my guides to watch over me, asking my baby's guides to be present, calling in my ancestors and angels. I stood under the water having the most euphoric experience. Colors were changing. I sang the song to my baby that I had sung to her all of my pregnancy. I told her it was safe and I was ready for her to come and that now was the time when we would work together for her to be born.

I think around this time my husband got up to check on me. He probably wondered who I was talking to. "Its happening." I said from behind the shower curtain. "She is on her way." He offered me sips of my drinks and food and such but I told him I was working really hard. He offered to set up my birthspace for me and hang up the affirmations I had printed out. A few minutes later he returned, burning some sage, and put on some Shipibo songs I had, which reminded me of an ayahuasca ceremony we sat in together, and in the most painful moments of my labor, I remembered that that same spirit medicine was still pumping in my veins.

Soon I turned off the shower and went to my birthspace. I was at a point where I just could no longer get comfortable. The pain was really intense and I was switching positions every rush in search of relief. I would go from squatting, to hands and knees, to laying down in a fetal position on my side. Sometimes I would drape my body over the seat of a rocking chair and just rock and breathe. I knew my husband wanted to help yet I felt so wild, it took all of my focus to just breathe thru each surge of energy. But I could feel I was making progress because my baby was moving down with each contraction. Eventually I asked him to let me be alone as anything outside of my own inward journey at that time felt like it was disrupting my concentration. I would just look at the wide eye of the moon peering through my window and breathe, sometimes using my affirmations, sometimes moaning through the heaviest aches.

I got back up to return to the shower. It provided some short lived relief, then I would get out and pace around again. Then go back in the shower for a few more rushes. The pain was peaking. It was such a pure sharp sensation. I just couldn't be still. I don't know how many times I did that. I think I must have been nearing transition because I felt this uncontrollable urgency. Everything seemed to be progressing so fast. I was grounded yet I felt so high! I reached inside of myself to see if I could feel anything and I realized I was not only fully dialated but I could feel my baby's head! The best feeling in the world! I remember walking over to the room where my husband was anxiously sitting. "I am getting close! I feel her head!" I told him.

I went back in the shower and made it thru a few more of the biggest rushes. I knew she was descending each time. I had a feeling she would be crowning soon so I left the shower and walked slowly to my birth space between contractions. I suddenly had this urge to bear down. I couldnt fight it. I squatted and my body pushed so hard. It was uncontrollable, I just had to push. "Mark," I called calmly. He came over as I was squatting down. I could feel the ring of fire burning as she began to crown. "Catch our baby!" I said. He looked totally shocked! (It wasn't his first time catching one of our babies but he told me later he just totally was not expecting that!)

A second later, she was born, all at once, slippery as a fish, into both of our hands! It was 5:50 am in Switzerland and the sun was about to rise. She cried out immediately, the brightest loudest cry! And she was so pink! I just couldn't believe it. What a moment. I will never forget that feeling, of catching my own baby!! Together with my husband and no one else. It was incredible. So gentle and yet so wild! I felt so powerful and in tune with my instincts. So in tune with my daughter- we were still one.

I carried her back to the bathroom where I sat in the tub and nursed her as my husband gave me sips of tea and fed me. He took pictures and we looked her over, just quietly enjoying the first moments together. She was perfect! Time passed, I am not sure exactly how long, maybe 25-40 minutes, and I decided to stand up to see how the placenta was doing. I had an urge to pee. And right as I was about to sit on the toilet, the placenta plopped out. Luckily I caught it, baby in one arm, placenta in the other. I was still reveling about my luck so far that day! We put the placenta in a bowl and I went to lay in bed.

About a half an hour later, we heard our 4 year old son wake up, sunny as usual, and I heard his dad tell him that his sister was born that morning. He came in to see us with a look of total wonder and surprise! And just like that, we were a family of four! My husband cut the cord and made me a placenta smoothie, then we snuggled up as a family with our new baby- Viviana Sylvie della Luna. Viviana meaning "full of life," Sylvie for the Forest, and Luna, of course, for the Moon!