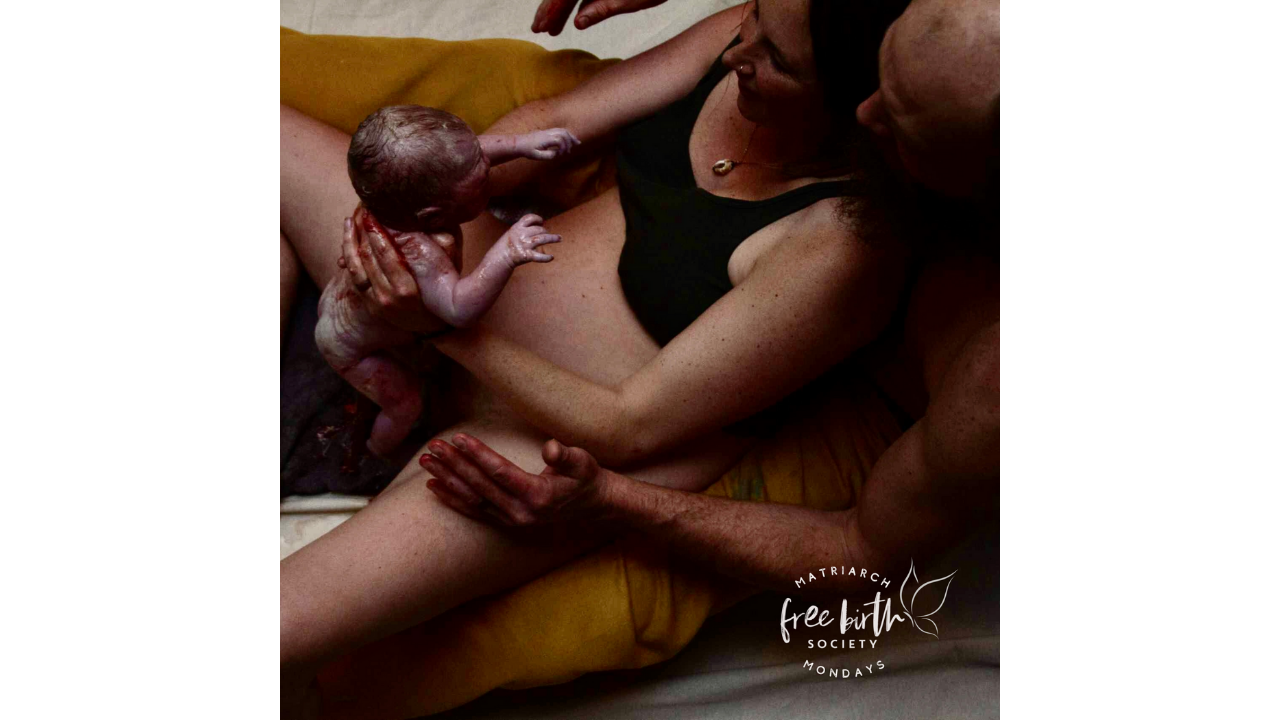 Charlow was the seventh spirit to enter my womb. After a miscarriage at 6 weeks and a full term loss, I had my son Odyn, just seven minutes after our midwife arrived.  After two more miscarriages, I conceived on the Summer Solstice of 2019.  I spoke to my little wombling, urging her to stay and imagining her being born healthy and outliving me by many years.

Her pregnancy was my toughest.  I experienced extreme nausea and vomiting that lasted until about 35 weeks.  I spent the mornings of my last few weeks of my pregnancy caressing my womb and asking my daughter, “Will today be your birthday?”  Despite many confusing bouts of practice sensations, the days continued to pass by with her safe in my womb.  My due date came and went, and yet, as my belly and discomfort grew, so did my patience.  I knew that this little soul would come when she was ready.

At 41 weeks and 1 day, I awoke around 2am with fairly intense contractions that were difficult to endure while lying down.  After three in a row, I decided to get up and see if they continued, but they were only more intense. The pain was increasing rapidly, in spite of my efforts to change positions and find a way to cope, so I decided to wake up my husband Owyn for some support.  He was surprised that I was in so much pain so soon and quickly jumped up to be present and hold space for me.

We decided to call our two friends to come photograph the birth and hold space.  They arrived around 4am, only two hours after I was awakened with my first contraction, yet what felt like a lifetime later.  Owyn had prepared a space on the living room floor where I had set up a birth altar with photos of my mother and grandmothers.  We sat together in front of a mirror, with Owyn behind me, so I was able to look into the mirror and meet his eyes when I needed extra support.

I asked my body and baby to go easy on me as the contractions began to build, but they only seemed to pick up.  I was having trouble finding a groove during this stage like I had with my previous labors, and I found myself saying “fuck” quite a bit for a while.

Finally, I felt a shift in the contractions as my body began to push, gently at first and then stronger and stronger.  I recognized what was happening and asked for my son to be woken up, as he wanted to witness the birth.

As 6am approached, I went inward and found a rhythm as I began pushing, barely aware of the dim lights and my labor playlist singing in the background.  I felt my daughter’s head begin to pass through my body, and I placed my hand on her head to stop her from barreling out too quickly.  After allowing her head to move in and out several times, I felt that it was time to allow its passage and so I pushed her head into my hand.  I felt relief, and also knew I wasn’t done.  She wriggled and turned, and then another strong push came, along with half of her body, landing on the living room floor between my legs with her eyes open and her arms in the air.  Her cord was slipped behind her neck, and I asked my husband to help me lift her gently so that I could slip the cord over her head, which allowed the rest of her body to be born.

I pulled her to my chest.  She cried immediately, and so did we as we marveled at our baby girl, alive and well, with our friends and family by our sides, witnessing our little girl’s first breath.

Only minutes later, I felt the urge to deliver the placenta.  Holding my girl in my arms, I moved onto my knees, hovering over a pie pan.  With a small push, the placenta slipped out easily.

We made our way to the bedroom, myself carrying my daughter and my husband carrying our placenta.  Once we were settled in bed, we had a cord burning ceremony, where I sang, “We all come from the Goddess, and to her we shall return, like a drop of rain, flowing to the ocean.”  Baby girl remained calm and observant throughout, and I felt magic and power in the air.

After the cord was severed, she latched for the first time, and my son crawled into bed with us and gently caressed his sister.  My husband brought me freshly squeezed juice and we all reveled in the experience of this new little soul’s birth as we became a family of four.