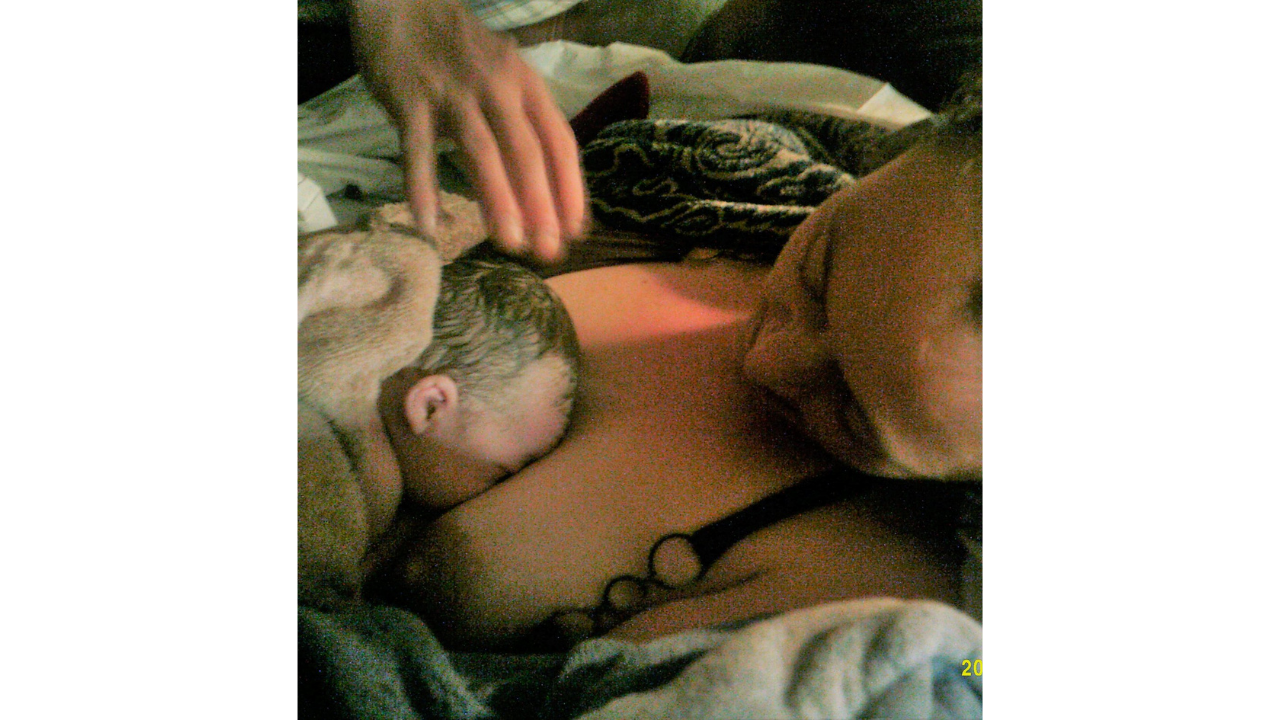 Most of my pregnancy was unassisted, although I had 3 very limited “prenatal” visits overall with an incredible midwife friend who was fully supportive of my plans to freebirth but helped me get my breast pump through insurance and filled out my FMLA paperwork. I also reconnected with a childhood friend who has had her own babies unassisted and who blessed us by attending Joanna’s birth.

Everything was going well until 31 weeks pregnant, when independent blood labs I ordered confirmed suspected liver damage-a condition in pregnancy known as ICP or Intrahepatic Cholestasis. It was likely due to the combination of antibiotics, stress and last trimester pregnancy hormones. (Several external stressors between weeks 28-30 helped weaken my immune system and I ended up with an ear infection and strep that I treated holistically for a week before seeking antibiotics). Medical professionals will prescribe a drug to lower liver levels, but will also induce between 36-37 weeks as risk of stillbirth goes up drastically between 37-39 weeks.

We had been planning a home water birth from the get go, and this almost scared us into a medical birth. However, pharmaceuticals were at least part of the cause of this condition, and we were leery to put our trust back in their hands, especially when the risks of induction are very high. Wise words from our wonderful midwife, and peace brought by prayer turned us towards a more holistic path, working on healing my liver with diet and herbs, and subsequently protecting her then and in the future.

We had another scare at 32 weeks when I lost part of my mucous plug and had a bout of bleeding. We begin to prepare ourselves for a possible premature delivery, as is common in ICP babies. Each week that would go by was counted a blessing. By 36 weeks, we were as ready as we could be to meet her and I took maternity leave to rest and prepare, as I had been having contractions on and off for a full week at that point.
However, week after week continued to pass, and she was able to get the benefits in her development that only come from those final weeks in utero!

One bright Thursday at 39+5, early labor started at 8:30 am with bloody show that continue til the birth, cramps and backache. Expecting a short delivery, as my oldest daughter, Karma, was born in less than 5 hours, we raced to get things settled in. We filled up the pool, arranged for Karma to be picked up from school and tried to move through the sensations, not knowing this early phase would last an exhausting 32.5 hours. Thankfully, laboring at home allowed me to eat, drink, rest and move freely.

By Friday afternoon, I was so upset that nothing seemed to be progressing. I took another walk and called my midwife friend who said it sounded like baby’s head was below the cervix and to rub my hands up from my pubic bone to my belly button to encourage the cervix to move down and the head to put pressure on it. Almost instant relief came from my back pressure and cramps were more centralized.

I came home, showered and laid down. I had to get up after a bit because the waves were coming strong and now onsistently 2-4 minutes apart instead of being constant pressure!

I was almost leery to get excited at this point, as it had been almost 5 weeks of inconsistent labor and over a day of early labor. I texted my friend and let her know then made dinner while keeping an eye on the clock, noting that the sensations were consistent and not fading. Then I watched a show with my daughter before putting her to bed at 8.

My friend showed up a bit after 9, and shortly after, I began to hit transition. I knew it had to be that because I was super nauseous and shaking. My husband had almost had the pool warmed up, and I labored moving all around, leaning on my ball, on hands and knees and even leaning against my American Bulldog, Rosy. We got my daughter up thinking it was close to birth. She was anxious when talking about it beforehand, saying she would rather climb our large magnolia tree and wait up there til we called her in, but when it came down to it, she turned into the most amazing doula!

Transition lasted 2 full hours before I felt my body give a push at the end of a contraction. It was go time! As fetal ejection reflex took over, I kept talking to Joanna telling her to come on out, we wanted to meet her! Finally, I felt her move through my canal and the next push she was crowning!

My daughter started videotaping, and I leaned back, as I wanted to catch her (I had been on hands and knees up). Once her head crowned (still in the sack!), I rested waiting for the next wave. I felt her twisting her shoulders out and called out “Don’t twist her!” Thinking my husband was doing it! He said he wasn’t touching her and I leaned back again, just letting her do her work.

The next wave came and my body pushed the rest of her out! She had turned to look at my husband while en caul and twisting, then punched out of her bag with this final push! My oldest started screaming at this point, completely overwhelmed by the fact that her sister was finally here.

My husband picked her up out of the water and gave her to me, where she stayed until after the placenta passed an hour later, then my husband held her so I could get a diaper on myself and get settled down to nurse again.

It was a much longer, harder journey than I expected after my first short unmedicated birth, but also so healing and freeing! As my husband said, we could never see birthing in a hospital after this incredible experience!