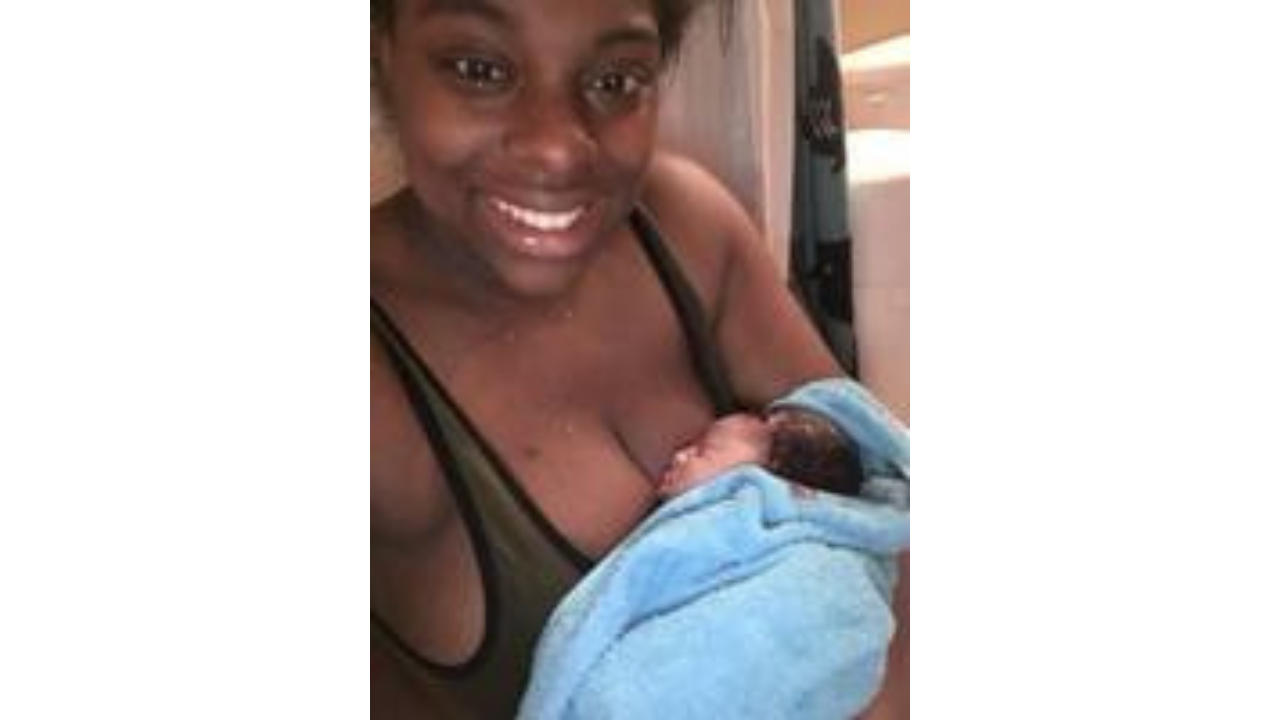 It all began Friday June 22nd as I arrived for my last prenatal appt for 9:30am. I went in knowing I would have a cervical check to see how far along I was and to find out I was at 3cm. Cool. We discussed labor and me going in if baby decided to come early( she wasn’t aware I was having a Home birth) and she mentioned possible induction which I told her i wanted to go into labor naturally. We spoke briefly and before she left ( total of maybe 5 minutes my appt was) she handed me a pad as she walked out and told me I was bleeding due to her stripping my membranes without my consent. I was a bit confused in such a way I thought she was offering that as an option at my next appt...but no. She performed that procedure as she checked my cervix. I was furious and nervous all in one, I got dressed and just left without even stopping at the front desk. I headed home and finally cooled down. Around 7pm I had bloody show and a little mucus. I was still upset a bit but decided to let it slide. It was done.

The next morning a little after 6am I was awakened by a sharp contraction and hopped up! I walked around a little bit and decided to start timing them using my tracker, they were relatively close but bearable. I texted my doula letting her know I was contracting I’d keep her updated. I went and talked to my mom for a bit. I was able to go back to sleep from 6:30-7:30 on the dot when again awaken by strong contractions. They were even closer. I walked and waited and timed. A little after 8am I texted Amanda letting her know I think she should head here, I had the chills which with my son I know is my cue that it’s almost time!( she’s an hour and a half away) she said she was on her way. I let my mom know, and I told khiry to head back over. My siblings began prepping the pool to blow up and fill, boiling water, and just helping get things together for me. I decided to get in the shower. I labored until the water got cool ( knew I needed hot water for the pool soon)

I then got out and laid across my moms bed with her nice silky pillows under my arms for support as I sat on my knees beating these contractions that I’ve stopped timing now. I’m at the unable to concentrate stage. I try to lay different ways but it’s not working, I’m able to close my eyes momentarily and rest. I then get up and walk some more and head to my little brothers room where I get in my kneeling position on his floor, using his bed as my arm support with it being low to the floor and was perfect. A few moments later my body got the natural urge to push and I felt his head, it subsided and he went back in. Whew! I thought.

I then heard Amanda downstairs and them telling her I was upstairs. It’s 10:30ish. She came up and brought waters. I had my I CANT DO THIS moment and she reassured me I could and I was and was doing amazing! I told her I wanted to get in the shower again so we headed that way. I hopped in. Stirred up conversation to keep my mind at ease. I had another huge urge to push and Baby was lodged. I contemplated on heading to the pool which had been ready but was afraid I wouldn’t make it.( it was Downstairs) so I stayed in the shower. I told dad to get ready and use the flashlight to see if he seen anything he said no. I few moments went by and another urge to push came. THIS WAS IT! one long push and out came head, shoulders, body...followed by my waters all in one!! Khiry yells I GOT HIM I GOT HIM!! Still facing the back of the shower wall I hear his little cry. 11:07am. HES HERE! A little over 30 minutes. Amanda comes over And turns off the shower bcs he’s soaked and wraps the baby in a towel. I just see the floor flooded with water. My sister, brother and Karter are all in the bathroom. My mom and other sister now on FaceTime. She passes me him through my legs and I just gaze at him. He immediately stops crying. And not even 2 minutes later light pressure and placenta came out. My mom and sister arrived a few minutes later and were in awe and a bit disgusted with the tub lol. My sister held him I prepped the pail his placenta was to go into and khiry cleaned the icky stuff out the shower where I i then cleaned myself up. We then headed to the room where my mom had her soft fluffy robe waiting for me and bed prepped! The kids gathered the pretty blue string Amanda had handy I used to tie off his cord and cut a while after and we continued the skin to skin fort first feeding. He did great! Everyone went on to continue what they had planned for the day and had to finish as we bonded in bed

💙so peaceful. Karter was brought back in and he had his first introduction to his baby brother. He kissed his hair! ADORABLE! My heart melted to a puddle. I was completely euphoric for forever.