The freebirth of Juniper 💖 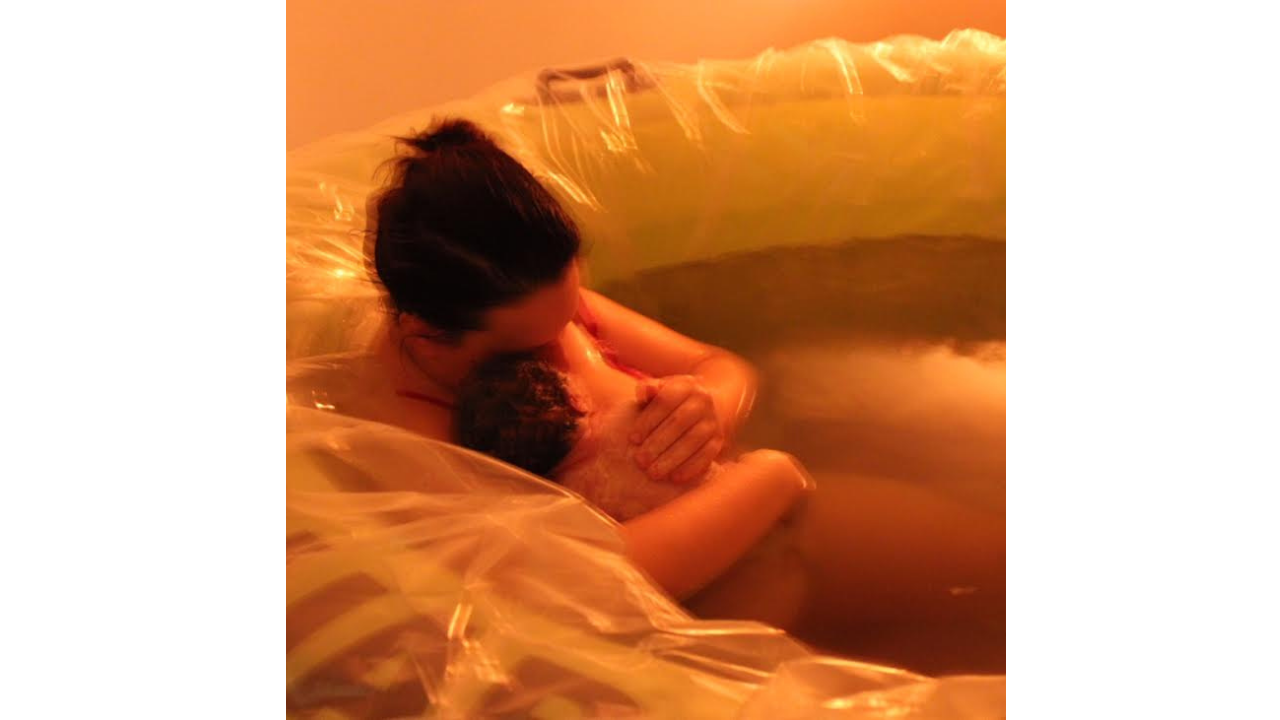 I was 41+2 and had come to terms with the idea that I might be pregnant until 43 or 44 weeks or even longer and that I would trust my body and my baby that everything was ok. I spoke to her daily and felt so completely connected. She was such an active little girl and constantly acknowledging me with kicks every time I would speak to her.

This was my first unassisted pregnancy, but fifth baby and it was by far the easiest (physically).

Mentally I was in a hard place for a couple of months. My spouse had an affair and it got to the point where I was so depressed that he wouldn’t be at the birth and nothing was going “as planned” that I considered going back to assistance. I even had an appointment with a midwife. At that appointment I found back my confidence after she tried to fight me on every little thing, and wanted to do all these tests and ultrasounds I had been extremely clear on not wanting to be asked about. I knew that freebirthing was still what I needed and wanted. What I also realized was I didn’t need my spouse. I didn’t need a midwife. I needed my women, I needed my bestfriend. ❤️ I seriously don’t know how things would’ve gone without the support of women I’ve found online through Facebook, this group, and a few other groups, my bestfriend and doula.

On March 24th I woke up with some mild Braxton Hicks contractions and thought nothing of them because I had been experiencing a lot of prodromal labor so I just went on with my day.
Around noon I was still experiencing them but they were all over the place and not timetable, some were 20 mins, 40 mins, then they’d be 7 mins apart for a while and fizzle out.
I had plans to go to my moms house for dinner, so I drove there with all 3 kids. I got there around 1pm and by 5pm I said I think I’m probably going to have a baby tonight so I’m gonna go home now haha. I was always on the fence on whether or not I wanted my kids (8,5 and 16 months) present at the birth but they are very high spirited and need constant attention. I’m also single mom so I knew I couldn’t focus on labor with them there.
So I drove myself home in very very early labor and didn’t experience any contractions on the way home so I started to think it was a false alarm.
I got home and took a bath, ate some peaches and just tried to relax. Again I still wasn’t convinced it was time. Contractions were steady at 7-8 minutes apart and getting a bit stronger in the bath.

I texted my best friend and doula that I thought maybe I was in labor and sent a screenshot of the timing of my contractions, and my friend said she was on her way over. I almost texted her to maybe just wait a while but she had already got her babysitter on the way over to her house.

By 6pm she was at my house and everything picked up from that point because I knew and my baby knew my emotional support was there and I could release all my anxiety. She was my backbone. she kept letting me know how amazing I was doing and that I could do this.

I was having the most intense back labor, and the only thing that relieved it was when she was pushing on my back. My doula had arrived and immediately started filling up the birth pool.

As she was doing that I was thinking to myself I’d be in labor forever, and wondering why she was rushing but didn’t realize my contractions had gotten to be a minute or two apart and lasting a 1-1.5 minutes.

I was laboring hard, and literally stayed on my birth ball for 2 hours. My legs were shaking from sitting so long in one spot. Around 9pm by water broke and at the time I thought it would feel good that it broke, or relieve pressure but I was wrong it didn’t. It just got more intense and the back labor was horrible. I was screaming through it all. I hit transition, which I didn’t realize at the time. I was starting to really doubt myself and I was still stuck on the birth ball, I had no idea how I was going to get into the birth tub because my contractions had gotten to be 30 seconds apart.
Right after I had a contractions both my doula and friend assisted me and helped me walk over literally two steps to hop in the pool. I made it in.

The water wasn’t hot enough and didn’t provide much relief, I felt like I was going to fall and wasn’t grounded so my friend held me the entire time as my doula pushed on my back. I needed them through every contractions and they were right by my side the entire time encouraging me.

About 25 minutes later I started feeling her body descend, it is such an incredible feeling knowing you are almost there. After another contraction I started feeling the burning sensation and thought my clitoris was tearing and splitting upwards. I just screamed and yelled through the pain and made sure I didn’t push and she flew out of me!  Literally. Like I lost her in the birth pool for a couple seconds haha.

It was such an amazing relief instantly after she came out, it felt so good when her body came out and grabbed her and kissed her little face. I layed in the pool for a little while and then decided to get in bed and get warm, she pretty much instant latched on - which is really different because in previous assisted births it would take foreeeeever to get them to latch and stay on. I believe it’s because I didn’t have any form of pain relief this time so she was very alert and ready!

The placenta was born 30 minutes later. I cut her cord about 3 or 4 hours later and tied it with a soft string. My doula helped me weigh her and then tucked us in for the night ❤️ 9 lbs 11 oz and 20 inches long!

My birth went better than I could of ever imagined, I never knew how birth could be so healing from all of the trauma I’ve experienced in other births. I wish I could’ve done this from my very first. We only do better when we know better. ❤️❤️❤️